Months ago, my grief counselor recommended I make a tiny altar to stick in my backpack. She knew I had to keep working at my job through my grief. The tiny altar in a purse or in a desk drawer is an idea she recommends to just about everyone, she told me, because so many people either don’t have bereavement leave or only get a couple of days off to go through what is one of the most shattering processes anyone can experience.

It can be taboo to talk about sorrow and grief, but it shouldn’t be — especially not right now.

November marked a year since one of my dearest friends, Hannah Colton, died at age 29.

A reporter and musician, Hannah was the interim news director at KUNM Radio, a temporary position that dragged on and on through the most brutal news cycle I’ve ever seen.

We’d worked together for years and spent every day during the pandemic reporting and editing around the clock alongside one another, coordinating stories, helping other reporters, orchestrating all of KUNM’s coverage, heading out into the field together in dangerous situations — and making each other laugh through it all. 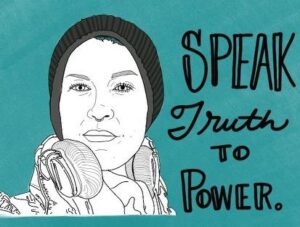 Hannah was tough and beautiful. She’s the only friend I’ve ever had who was aligned with the side of me that makes experimental music and art, and the side that loves chasing news and stories. She pursued both, too, with passion and commitment as a fearless musician and storyteller. We did those things together. And that meant we spent long hours in a small newsroom with each other only to leave and head to the same show or rehearsal right afterward.

When she died, I called everyone on our news staff to break the news one-by-one. Then our shared friends, too. I also reported to the public that she was gone the next day, because I didn’t want to turn it over to a spokesperson. I had to say the words over and over.

Our close, family-like news crew worked in an institution where bereavement leave was even possible, so we got it after pushing for it. It was hard to do that advocacy in the immediate aftermath, but getting leave for grief is real luck and privilege in the U.S. Because that doesn’t happen too often. Instead, people don’t get any time off at all. They have to show up for their next shift no matter what or risk losing their job. Or, maybe, they get a day or two to sort it out before they have to come back.

I’ve had lots of those kinds of jobs, where it didn’t matter what was going on, you either got there on time or got fired. “No excuses” really means “no matter the unimaginable circumstances of your life today, don’t even be three minutes late to this job that barely keeps a roof over your head.”

There are no federal laws that require an employer to provide paid or unpaid bereavement leave, states the Employment Law Handbook. Paid leave, even just to attend a funeral, is not part of the Fair Labor Standards Act, according to the U.S. Department of Labor. Right now seems like a great time to fix that with the pandemic death toll passing 750,000 in the U.S.

When we think of those hundreds of thousands of people who’ve died since March 2020, we should think, too, of all of the people who loved those folks: Do they have someone to talk to? Can they take time off work to organize funerals or memorials, show up for one another and get some rest? Or will doing what others might take for granted cost them food and housing?

While I hate to center capitalism’s need for low-wage workers, I don’t think I’d be too far off in speculating that behind a reluctance to return to exploitive jobs are harms like: 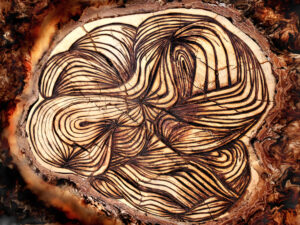 I’m also super lucky to have gotten free grief counseling every other week from the Office of the Medical Investigator’s Grief Services Program. But the wait list can be long there. Any counseling is good, but people who specialize in grief have a different kind of knowledge and help to offer. They hear about all of the wild and surprising experiences people have in grief all day long, and this makes them insightful in a way other counselors might not be.

There’s a shortage of mental health professionals all over the United States, and an even greater shortage in New Mexico, where people struggle to find any kind of counselor, never mind extended treatment for substance use or severe mental health concerns. I can’t imagine those numbers get any better when we start talking about grief specialists.

I have to think, being so recently reacquainted with grief, that some of the crime, violence, self-harm and substance abuse rates we’re seeing are tied to unaddressed trauma and resulting psychological unwellness because people can’t find space or rest or solace.

When you can’t hold your sorrow, when there’s no softness or grace for you, it’s really easy for that sorrow to become anger. When that’s pressurized, it’s volatile. People explode, or they implode.

Still, someone told me that grief is just love with nowhere to go. It really felt right when they said it.

I was talking with my grandma about the stages of grief this week, because like so many of us lately, she just lost someone she loves, too. We’ve all heard about those stages: denial, anger, bargaining, depression and acceptance. Those feelings are definitely in there, but you don’t move through them simply one after the other, step-by-step, until you hit acceptance and you’re home free. They emerge out of the blue, it feels like. Sometimes they’re sharp and stay for five minutes. Sometimes they last all week.

Many of these feelings are protections for your hurting mind, which can only touch down on the immensity of sorrow or the reality of what happened for short bits of time. Then, your psyche protectively floods you with something else. You might spend all day building some elaborate line of thought that vanishes as you’re falling asleep, only to leave you with the raw, animal feeling of loss again. Especially when you’re alone and physically distancing, it can start to feel like you’re losing it.

Because of the counseling I received, along with other psychological supports — free, online grief groups, plus community, friends and family — I managed to experience recently what they call post-traumatic growth, my counselor told me. The easier way to say it is that I changed, and I think for the better a little. It’s a dim silver lining. But it is better than hardening oneself to sorrow and carrying it around like the heaviest stones for years and years, becoming mean and depressed and inflexible.

What I’ve learned is that part of what we’re all working through in this pandemic is the loss of control, the idea that no matter how much something or someone matters to you, everything can change, and you can lose them. It could even be the person or dream that’s the most important to you in the whole world.

I think this, too, is behind why some people still deny the reality of the virus. It’s so uncomfortable to acknowledge that there’s something out there that could take things away from you, and you could not prevent it from happening. We are all out of control to some degree as the virus just keeps spreading. So, protectively, the mind retreats into denial and anger.

There are a lot of needs around the world right now — making sure people have food and clean water and shelter, and access to vaccines or ER beds — just to name a few. But I’m certain that the need for people who can help us through our grief, for groups, for community, for specialists, for memorials, is right up there on the list of basics.

Lawmakers in New Mexico should include sustained funding for the education and retention of new grief counselors — and other behavioral health providers — in the next round of budgeting as high-priority items. Beyond the block grants from the feds in March, the U.S. should forge a path to do the same in an ongoing way nationwide, while also rolling bereavement leave into basic rights for all workers.

Grief might not seem like it has a direct link to the other hardships the globe is collectively experiencing, but having been nose-to-nose with it for a year now, I feel certain grief fertilizes the roots of our other severe problems.

Even though this column is about how there should be more resources and people have trouble accessing care, there are still places to look for help as people navigate grief.

To find options support for mental health or substance use disorders, the Substance Abuse and Mental Health Services Administration can help you figure out what’s nearby.

In English and Spanish

Grieving takes a long time — sometimes years. There are some choices out there for that, too.

Through UNM’s Office of the Medical Investigator

The link above will take you to lists of grief supports around the state, plus articles about grief.