Source NM’s breaking series on a cyberattack, a shortage of workers and ‘life-threatening’ health care lapses, according to a court-appointed expert

A screenshot from a February 2019 Bernalillo County recruitment advertisement.

It all comes down to the jails. So many of the problems that plague this state land there. Less than a year after former Gov. Susana Martinez knocked out the state’s behavioral health care system, exiting jail Chief Ramon Rustin confirmed what staff members told me in interviews: The Metropolitan Detention Center in Bernalillo County was, in reality, also the largest mental health care provider in the state. But he put that problem only second on the list. The first: overcrowding.

Today, some of that crowding has cleared up if you’re looking at the raw numbers. But when it’s so understaffed, what’s the difference? On top of fears of viral spread, people inside are struggling through poor medical and psychiatric care, constitutional violations, lockdowns and inhumane conditions, according to former employees, attorneys, court-appointed experts and court documents.

Plus, in early January, there was a cyberattack that knocked out the jail’s systems. Source New Mexico Reporter Austin Fisher has been breaking these stories. And as he does, more and more people contact him to share their experiences of working there as guards, nurses or administrative staff. Or, people are reaching out to describe what it’s like in there as an inmate. If you want to talk to Austin, reach out: [email protected].

All people who are incarcerated are still owed basic human rights. And the people who are in jail may only be awaiting their day in court — they haven’t necessarily been convicted of anything yet. 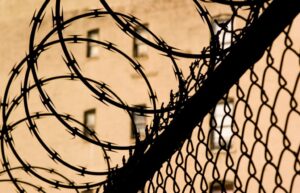 Jan. 7, 2022 — The Metropolitan Detention Center in Bernalillo County has gone on lockdown after hackers knocked out the jail’s internet, most of its data systems and all of its security cameras, according to an emergency notice filed by the county’s attorneys.

What is believed to be a ransomware attack on the county government has left inmates at MDC locked in their cells unless they need medical care and paused all visits to MDC.

The attack also threatened inmates’ constitutional rights, according to one public defender representing people locked inside. Inmates had to call in to arraignment hearings by dialing out on the payphone at MDC. To use the payphone, inmates must access their Global Tel Link accounts, which only give them 15 minutes per call until it automatically ends. They typically get charged for calls, except to their lawyers.

“I don’t know if they were being charged today, I sincerely hope they were not,” said Graham Dumas, a public defender.

They did not have a chance to speak to their attorneys before the hearing, so they had not been advised about the charges against them, legal penalties or their constitutional rights, Dumas said. 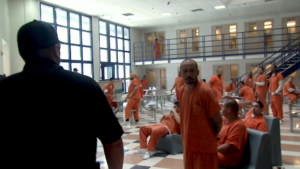 Last fall, the Tennessee-based company Corizon Health promised more health care staff at MDC, and as county officials signed a $64.8 million contract with the company, they said they hoped it would ease strain on guards.

But according to interviews with two former jail employees and court documents filed at the tail end of 2021, that’s not what’s been happening since Corizon took over in mid-October.

Instead, attorneys say there hasn’t been a medical director or an on-site physician, and more and more nurses are resigning, leaving a skeleton crew, especially at night.

The longtime staff shortage reached a crisis point that is putting inmates in danger, said Alexandra Freedman Smith, one of the lawyers representing the inmates. Her clients are locked in their cells for days at a time with MDC staff only checking on them once per hour, she said, making it impossible for them to take showers, call their families, or even get to court proceedings.

In November, a man was beaten to death by a cellmate because there were not enough jail guards to supervise them, and there was no one to answer the calls for help from other inmates as he was killed, Freedman Smith said. Calls for help in medical emergencies, including seizures, have also gone unanswered, she added.

“There simply aren’t enough staff to adequately supervise the inmates at that jail,” she said.

Expert: ‘Life-threatening’ health care lapses inside the jail even before Corizon took over

Jan. 11, 2022 — A corporation with a history of lawsuits over dangerously bad and abusive health care practices was awarded a multimillion-dollar contract in September to provide medical care at the Metropolitan Detention Center in Bernalillo County. Corizon Health was contracted years ago to provide medical care in the state’s prisons, but after hundreds of inmates filed lawsuits, the company was dropped by the New Mexico Department of Corrections in 2016.

Court filings and the former workers’ accounts indicate health care staff members have been quitting rapidly since Corizon took over, and coupled with a shortage of guards and other staff, the environment there is increasingly dangerous.

A court-appointed medical expert who helped evaluate MDC reported in September on poor medical care at the jail under the previous medical provider Centurion Health. Dr. Robert Greifinger identified systemic gaps in medical care inside the jail, with several patients receiving “substantially deficient” care. The doctor wrote that “these problems were apparent in several deaths” in his evaluation, cited in a Dec. 29 court filing. 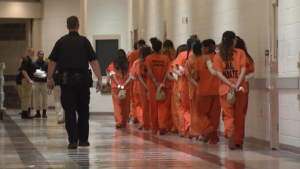 Jan. 21, 2022 — County workers are stepping in at the state’s largest jail, which has an ongoing staffing shortage and is still dealing with fallout from a cyberattack on the local government.

Soon, state employees may join them.

The Metropolitan Detention Center holds about 1,200 people. Assistant County Attorney Daniel Roberson said the staff shortage has been at a critical level for a few months. MDC’s lost an unprecedented number of guards for various reasons, Roberson said, including “COVID issues.”

What's on your ballot in 2022? by Staff Report November 7, 2022
Straddling the divide between environmental action and… by Isabel Koyama February 28, 2022
Trump’s fake electors: Here’s the full list by Kira Lerner June 29, 2022