Comment on public health priorities for the Legislature ends next week

The HM2 Public Health Task Force is recommending that local hospitals like UNM Hospital be one of many groups who contribute to county-level health plans used to figure out a community's health needs. (Photo by Shelby Wyatt for Source NM)

Informed by the yearslong pandemic, a panel looking to shape the big picture of public health in New Mexico is zeroing in on knocking down barriers to care and health, tackling systemic racism and climate change.

That means looking at what programs are funded, who works on them and where resources are allocated, according to the Public Health Task Force created in 2021 by the Legislature. It could also mean better funding the state’s Epidemiology Division, where nearly one-third of the positions are vacant.

The goal is to boost health equity long-term through better communication with the public, a more diverse work force, and data-driven policies that counter systemic racism, according to a 27-page draft report containing a dozen recommendations about how health practices and messaging should change in New Mexico.

From the report: “The COVID-19 pandemic has continued to highlight the importance of investing in public health infrastructure, as well as the need to address the causes of long-standing health inequities, such as structural racism and historical mistrust that have led to COVID-19 disproportionately affecting Native American, Hispanic/Latinx, and African American populations, as well as those living in poverty.”

A measure passed by the Legislature in 2021 required the state’s Department of Health to bring together a group of people to come up with ways to improve the public health infrastructure — vaccinations, chronic disease prevention programs, emergency preparedness efforts, staff, data, and agencies that can understand and respond to public health needs.

After some delays, that task force formed in September with 29 members. They’ve met every other week since then.

Now, they are trying to get feedback on a draft of their suggestions for making things better. They’ll submit final recommendations to the Governor’s Office and the Legislature in the summer. 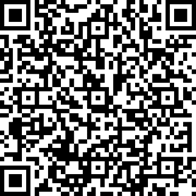 Or use this link: https://forms.office.com/g/rNsYBhgYbX

According to the report, DOH is considering establishing a Public Health Advisory Committee to guide changes that stem from the report. This would be a way for DOH to determine if the recommendations are working.

It is important for the community to provide input on the draft report because public health matters to everyone, said Shelley Mann-Lev, a member of the task force and the immediate past president of the New Mexico Public Health Association.

It’s an opportunity for people to read what public health leaders are proposing to change in terms of policy and funding, and to tell them if they want to go in a different direction, she said.

“Or maybe they think there’s something missing,” she said, “maybe something deeply impacting their community, that they feel like hasn’t been addressed in this report.”

People bring their own expertise, concerns, needs and passions, Mann-Lev said, and this is an opportunity to advocate for those.

And people often feel disconnected from decisions that get made for them, said Enrique Cardiel, a member of the task force and executive director of the Bernalillo County Health Equity Council.

“I think that is, in and of itself, why people don’t engage, because decisions have been made for them,” said Cardiel, who is also running for a seat in the Legislature this year.

A sense of agency is a factor in public health, Cardiel said, and people that are most impacted need to be a part of the conversation.

Once the public comment period ends mid-month, the task force’s work will then go into decisions made by state lawmakers, Mann-Lev said.

“As people read this report, and there are particular recommendations that are of interest to them, they can let their legislators know that they want to see these implemented,” she said.

The task force came up with a dozen suggestions, but only four of them are directly tied to funding requests that will go to the Governor’s Office and the Legislature.

Those councils already exist around New Mexico, but a state law enacted in 2019 requires them to report on shortcomings in local health systems, come up with strategies to address them, and offer advice to counties and tribes. The task force’s recommendation here is simply to enforce the law.

This means creating a set of best practices for health councils, increasing the minimum state funding for them from $100,000 to $125,000, setting aside money so their staff can get training, and figuring out what money controlled by DOH, including Medicaid, can be used by the councils to get large grants.

Officials should communicate with the public about public health in a way that fosters trust and transparency, and is appropriate for everyone in the state across different cultures and languages, according to the task force.

This means changing public health messaging so that it informs and educates people about how public health is a collective vision to recognize racism as a root cause of health inequities and to take action to counter it.

It also means ensuring that messaging is not just in English; getting more people educated in public health working on that messaging; and addressing misinformation and disinformation, both online and offline.

The work force and its leaders should be more competent across multiple public health disciplines and represent more communities from throughout the state.

This means figuring out whether there is enough high-quality housing for health workers in rural areas, adding more high school programs to introduce young people to public health, more money for public health and medical professionals to get credentials like bachelor’s degrees, master’s degrees and doctorates, increasing public health workers’ salaries at all levels, connecting workers to mentors, and getting more nurses and social workers in schools.

For example, DOH’s Epidemiology Division has 338 total positions with 94 of those vacant, KUNM reports.

Mann-Lev said DOH’s funding was decimated after the recession that followed the 2008 crash.

“That funding has never really been restored,” Mann-Lev said. “We have way too many vacancies, as along with every public health agency in the nation.”

The fourth recommendation is for DOH and the Legislature to fund for a “Climate and Health Program” to address global warming as a health hazard.

To do all this work, the panel recommends DOH create six new positions and hire people to fill them, including:

That means tracking how climate change affects our health, tying state laws and money to climate health data, and bringing together climate research and health research rather than keeping them separate.

It also means directing climate-related funding to the most impacted communities first, including Indigenous communities, ensuring policy recommendations come from subject matter experts, and that emergency and disaster response include local health councils.

Mann-Lev said this could look like setting up public places to cool down called cooling centers, or ensuring that vulnerable populations like children and elderly people have air purifiers.

“There’s so many things that need to be done and can be done so that people will suffer less from the climate events that are impacting us,” Mann-Lev said. “We don’t have to look farther than — or breathe farther — than our wildfires, or the increasing number of extreme heat days that we’re experiencing in so many places.”

What's on your ballot in 2022? by Staff Report October 25, 2022
Misogyny is fueling the country’s gun violence epidemic,… by Anna Gustafson, Michigan Advance July 22, 2022
Straddling the divide between environmental action and… by Isabel Koyama February 28, 2022