Experts say overdose rates have skyrocketed in some New Mexico counties, and that the state law only allowing pharmacists to dispense treatment medication creates a barrier to care in rural parts of the state. (Photo by Spencer Platt / Getty Images)

Advocates are optimistic the New Mexico Legislature will change a law during the upcoming legislative session to allow nurses to administer methadone, a barrier they say is making it harder to help those with opioid addictions, especially in rural areas.

State law allows only pharmacists to dispense “take-home” doses of methadone or buprenorphine, commonly known as Suboxone. But Eric Ketcham, a doctor and medical director of New Mexico Treatment Services in Farmington, said that law is getting in the way of addiction treatment in areas with high rates of addictions to opioids, particularly fentanyl.

“What we’ve seen in the last few years is an amazing, really horrifying, rate of increase in overdose mortality in several of our rural counties,” he told a group of lawmakers on the Legislature’s interim Health and Human Services Committee on Monday. 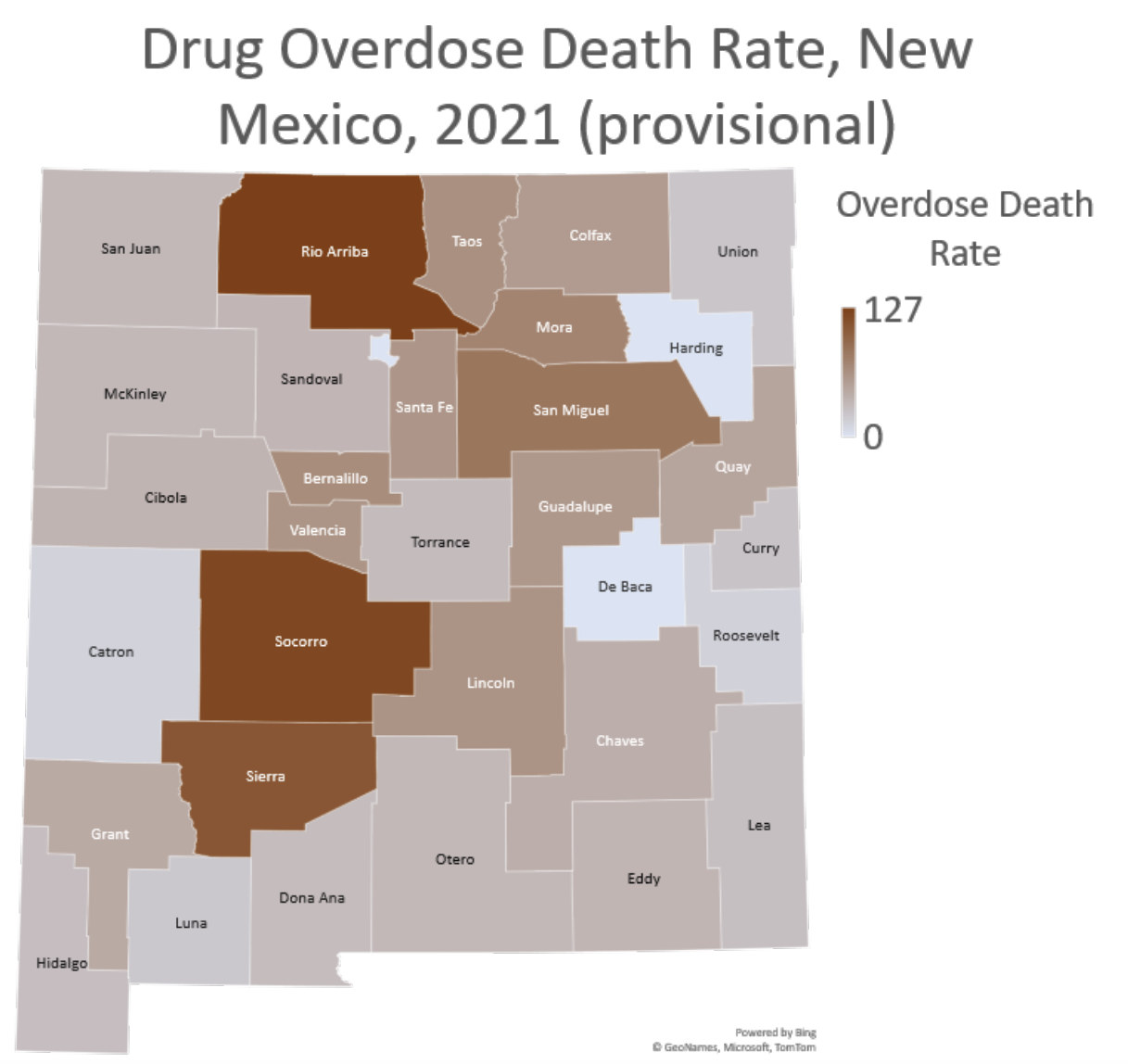 Socorro County, for example, has seen a nearly five-fold increase in overdose death rates. It averaged nearly 100 deaths per 100,000 people in 2020 and 2021. It averaged about 20 between 2012 and 2018, according to state data Ketcham cited. San Miguel, Valencia, Torrance and Sierra Counties also saw huge increases.

The uptick in overdose deaths coincides with health care worker shortages, including of pharmacists.

Ketcham said pharmacies in Española, for example, sometimes close completely because no pharmacist is available.

Methadone treatment is a critical tool in helping those with opioid addictions stay out of harm’s way and get onto the path toward recovery, Ketcham said. He cited multiple studies showing that patients who get onto medication for opioid use disorder commit fewer crimes, are incarcerated at lower rates and also overdose far less often than those who continue abusing opiates they bought on the street.

New Mexico is one of 15 states in the country that requires pharmacists to administer methadone, Ketcham said, and one of the only Western states. All of New Mexico’s neighbors — Colorado, Arizona and Texas — don’t impose the requirement, either, according to Pew Charitable Trusts.

Advocates have pushed lawmakers since at least 2019 to remove the requirement, including during a meeting in the lead-up to this year’s legislative session.

A bill stalled during the session, however, due to technical difficulties, advocates said. But they’re hoping it will sail through this year. The New Mexico Board of Pharmacy backs the change, Ketcham said, and it has support from several lawmakers.